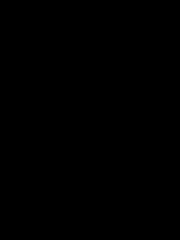 Author’s Synopsis;
Everyone, I have finally decided to write~
Please read a lot~
The story’s about the strongest dragon the invisible dragon moving to the other world… hehehe
If you’re curious, just read~
Translator’s Synopsis:
An invisible dragon kills everything.
EVERYTHING.
Context:
This is perhaps one of the most famous webnovels out there in Korea… for being so bad. It’s marked as the representative of the seven forbidden texts, and it’s also the very first webnovel to get a comic adaption… I don’t even k-
Anyway, there are a lot of theories on who the author of this novel is. Based on the terrible grammar/spelling, some say it was written by an elementary schooler. But then the novel is bad. So bad, in fact, a lot of people couldn’t believe it was written by an elementary schooler… that’s why some people a.s.sume that it was written by an author who wanted to criticize the novel world for how many of the novels were becoming extremely cliché.
Right, speaking of cliché, this is probably the most generic thing you’re going to find anywhere. It literally has everything. An MC who beats up everything, trains, goes to another universe, beats everything up again, etc etc. He’s a peerless beauty as well (super bis.h.i.+e!!). Because of it’s.. um.. nature, Korea’s renowned fantasy author, Lee Young Do (wrote Esoril’s Dragon, The Bird Who Drinks Tears, and Dragon Raja), praised it for criticizing many of the novels in Korea for being so generic. what the f.u.c.k

Justice in the By-Ways

The Inn at the Red Oak

The Grim Smile of the Five Towns