Chapter 5108: Emergence of the Vestige 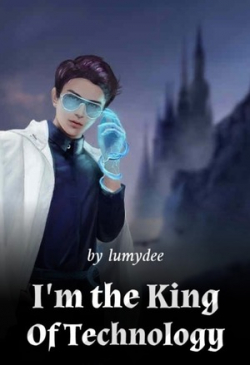 I'm the King Of Technology summary:

Chu Yi dies in a car crash and becomes Landon Barn, the illegitimate son of king Barn, ruler of Arcadina. Because his mother was a maid and the king’s greatest disgrace, his father had always despised him. The same could be said for his half-siblings.
When he turned 15, his father had announced that the city of Baymard would be given to him, and would no longer be under the empire's control. It was a well known fact that Baymard’s lands were barren, and poverty stricken.... For G.o.d’s sake, this was banishment.
His deadbeat father had indirectly banished him from the empire.
Chu Yi woke up in a carriage, on his way to Baymard with a system
"So what if my father hates me? So what if I’m banished?.... I will turn my territory into a modern society"
.
.
Author here, thank you all for tuning in..... english is my second language... so I promise to try my best.
P.S, please dont compare my Novel to others... not all world development novels have to have the same format.

I'm the King Of Technology Chapters

My Daughter Was My Sworn Enemy In Past Life

Her Wicked CEO: How To Seduce A Hikikomori Wife?

The Anime Trope System: Stone Vs. The Viper, A LitRPG Novel.

The Man From Hell