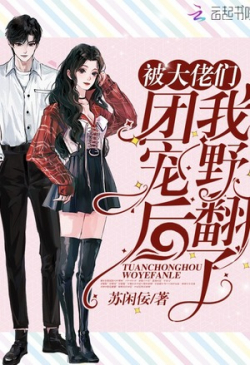 I Turned Wild After Being Doted On By The Big Bosses summary:

After she wakes up from being reborn, she becomes the little pitiful girl who is sent into a mental hospital by her biological elder brothers. Her biological elder brothers only dote on the fake young miss, the ‘younger sister’ who is switched at birth. She despises her in any possible way. So, Pei Yunge makes trouble and deals with the fake young miss, waiting for them to tell her to scram. However, the brothers’ att.i.tudes are extremely strange.
President Qin sneers. “My younger sister destroyed a shop? Buy the entire mall for my younger sister to tr*s.h.!.+”
Best Actor Qin raises an eyebrow. “She sent herself to the casting couch? What am I then, dead?”
G.o.d Qin’s expression is dark. “You repeatedly played tricks and bullied Ge’er. Did you think I was blind?”
Pei Yunge: “?”
After returning to eight years ago, before the Qin family goes bankrupt, the brothers only cares about their biological younger sister that died so terribly because of them. So what if she is talentless and s*upid? She remains the apple of their eye, one they swear to protect and love! Just as the brothers take determined steps and find Pei Yunge…
“My Yunyun got first place in the world champions.h.i.+p again. What a good girl.” The refined and dignified man smiles charmingly.
After her real ident.i.ty is exposed, she is seethes with rage. She grabs the man and bites him. “Don’t even think about humoring me home.”
The three biological brothers: “?”

The Entire Mankind Is Acting As Me, I Shall Secretly Build A Battleship And Shock The World

Sign In: Becoming A Great Spell Deity Starting From The Magic Academy

This Earth Is A Bit Fearsome