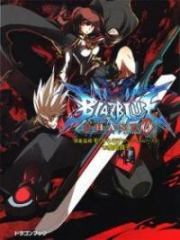 Ragna the Bloodedge. That man is nicknamed Grim Reaper and possesses the power of Azure Grimoire. Yet, he awakens in an unfamiliar land and has lost both the Azure’s power and his memory.
In this unknown world, he comes across Celica, a girl who is able to use healing magic, and a beastkin warrior named Mitsuyos.h.i.+. Their journey is closely related to the Black Beast, a being which drive humanity to devastation. However…
The popular fighting game series BlazBlue’s history, previously shrouded in history, is about to be laid bare. The official story leading to where it all begins has arrived!

Claudia And The Phantom Phone Calls

The Horse-Stealers and Other Stories

Outside The Lines: A Sons Of Templar Novella