Read novel online » The Hidden Wife Of The Cold CEO 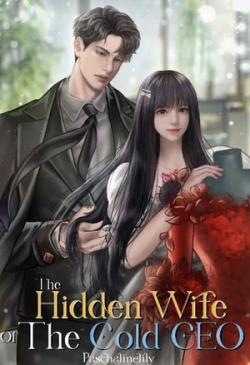 The Hidden Wife Of The Cold CEO summary:

What happens when a Powerful CEO in the Fas.h.i.+on World who already promised to marry his girlfriend, is forced to marry a woman from a lowly family, compared to his high-esteemed family background, against his wish?
Fu Hua, a well-known name in the fas.h.i.+on industry is forced to get married to a woman by the name, Jia Li, who was far below his level by his Grandfather, who n.o.body in his family dared to go against, including him.
Along the line, something happened and Fu Hua had to accept the marriage, but with conditions.
But what happens when Jia consummates her marriage with Fu Hua and gives him a little bun in return? What happens When her Husband discovers her hidden talent, will he slowly start to fall for her? But what if Jia Li discovers that Fu Hua had always had his eyes on her since the first time they met, what would be her reaction?
*****************
Fu Hua calls Jia Li over the phone to help him fold his clothes, and Jia Li went into his bedroom to a.s.sist him, while he thinking he wasn't there.
Jia Li entered his bedroom and closed the door without looking behind her. She had only walked a few steps only to hear the door lock behind her.
She was a little frightened when she looked behind and saw Fu Hua staring at her with a smile.
"How did you... Have you been here?" She asked in shock.
"Are you scared?." Fu Hua asked as he made his way towards her with a dangerous smile.
The end game was that the innocent Jia Li was eaten clean by the hungry wolf.

The Hidden Wife Of The Cold CEO Chapters

The Dawn Of The New World

The Return Of The God Level Assassin